I’m excitedly taking part in the contest Capture the Color 2013, which is perfect when it comes to a person (myself :)) that loves to put colors into everything I look at. And it’s even more interesting when the theme behind is travel – something that I quite did this year. So, through my pictures I wanna show not only the specific colors requested, but the most iconic feature behind each city which I chose to talk about. 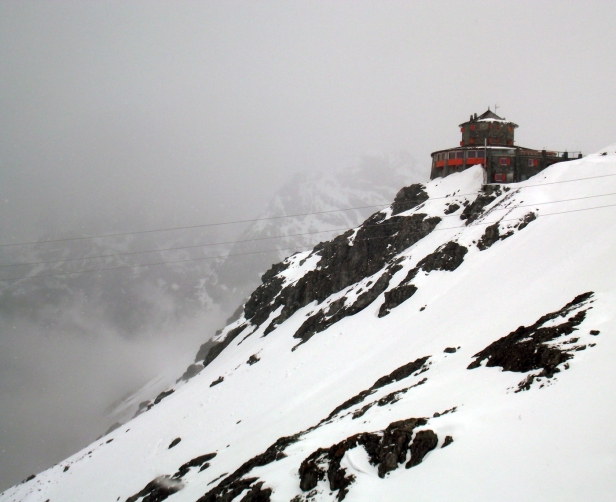 BLUE – Venice (Italy): The gondolas are such interesting things to play with. They can ornate every frame and make amazing reflexes in the water if you manage to catch them. Venice is like a fake city made up for a movie, and people talk as they were being recorded by a camera behind the stage. And the gondolas are one of these actors, flowing around the scene and composing the whole magical story.

RED – Lisbon (Portugal): I decided to betray the sardines. I know they are lovely and that they are the biggest symbol of Lisbon. The streets smell like sardines. The walls are painted with sardines. The fish markets are full of sardines. But in the middle of this crazy silver sea of sardines, the red fish looked at me, almost like saying “Please, watch me!”

GREEN – Cascais (Portugal): This small piece of land in the west coast of Portugal hides a lot of amazing spots, crystalline water and locals daily life that lead every photographer to heaven. This boat was just resting there, while the painting in its wood said “Have a good trip”. Nice advice for me, since I’m leaving Portugal in seven days.

YELLOW – Milan (Italy): The food markets are common in Italy (seriously?!). Of course they are. We are talking about Italian cuisine, cheeses, salamis, pasta, wine. This picture was taken in a fair called Cibi d’Italia last spring, which means “food from Italy”, and it was the place for all the independent food producers around Italy to get together during some days. Hard work. And PASSION for the Italian tradition.

WHITE – Bormio (Italy): This is the kind of places which I never imagined that I would get to know in my life, ever. The picture was taken in Passo Stelvio, the second highest road in the Alps, with 2757 meters high. This road has 60 curves, which means a huge challenge, even by car. This area is located between the city of Stelvio (South Tyrol) and Bormio (Sondrio) and only 200 meters far from the Swiss border.

Entrants are asked to nominate 5 people to spread the word. The ones I chose are the following:

36 thoughts on “Capture the Color!”